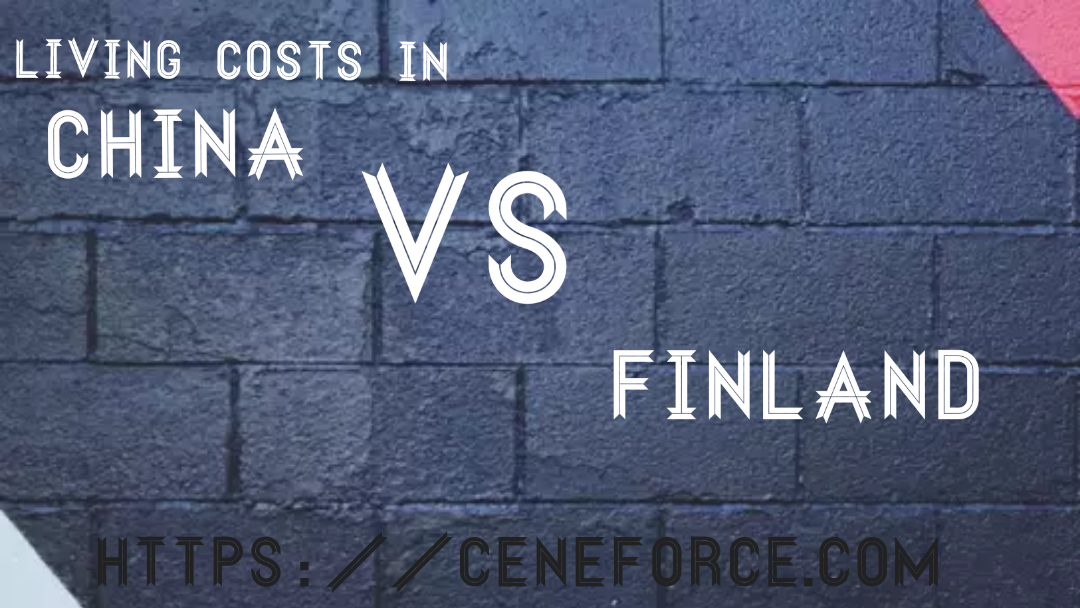 Finland and China are known for their beautiful nature and growing career opportunities. Here’s a comparative analysis of the Cost of Living in Finland vs China for International Students.

When moving to another country, we must ensure it has everything we need. The cost of living is one of the most important things you need to check before deciding. In this article, we will do comparative analysis of The cost of living in Finland Vs. China for international students.

Both countries are home to top-ranking universities in the world. They are welcoming toward international students. If you are a student, these two can be your best options. If you want to pursue a career and life in these countries, you need to know tiny details about the daily expense.

That’s why we have gathered this information to create a comparative analysis of the cost of living in Finland and China.

The survey shows Finland has been ranked as the happiest country in 2022. It is the 4th time the country has been declared the happiest. Let’s learn some facts about it.

Finland is a very friendly country with beautiful landscapes to live in. Almost 9 universities in this country are among the top-ranked list in the world. The government of this country also provides financial aid for international students.  We will learn about the cost of living in Finland further in this article.

It is one of the largest countries in the world. It is situated in East Asia. Let’s learn some facts about it.

China is considered a super nation because it has one of the strongest economies. It is excelling in every field. Apart from this, it has beautiful nature, diverse culture, and delicious food. China also offers better career opportunities.

The living cost of a country must include a grocery list to understand the minimum daily expense. Let’s take a look at it.

The comparison of Quality of Life

Top cities in China and Finland

The cost of living can differ from the city you decide to live in. We have gathered data on the top cities in both countries for better understanding. Let’s look at it.

Q1. Is living in China expensive?

Answer: The cost of living in China is cheaper than in the United States and European countries.

Q2. What is the average price of a house in Finland?

Answer: The average price of a house in Finland is approximately $ 1538.61 per square meter.

Q3. Is Finland richer than China?

Answer: According to World Data, China is richer than Finland.

No comments to show.